by Alexandre G-Vanasse The last few years brought several new models of bifacial PV panels to the North-American PV market, along with a wide range of prices and performances. Until recently, most bifacial PV panels were significantly more expensive than standard PV panels; project developers were often reluctant to offer such solutions, not knowing if the real field performance would offset the extra cost. With price points for P-Type (lower bifacial efficiency) bifacial panels and polycrystalline bifacial panels closing in on standard mono PERC panels, and N-Type bifacial panels prices winding down (despite the tariff) the question developers should be asking is: “How do I make bifacial PV projects more profitable than standard projects?” 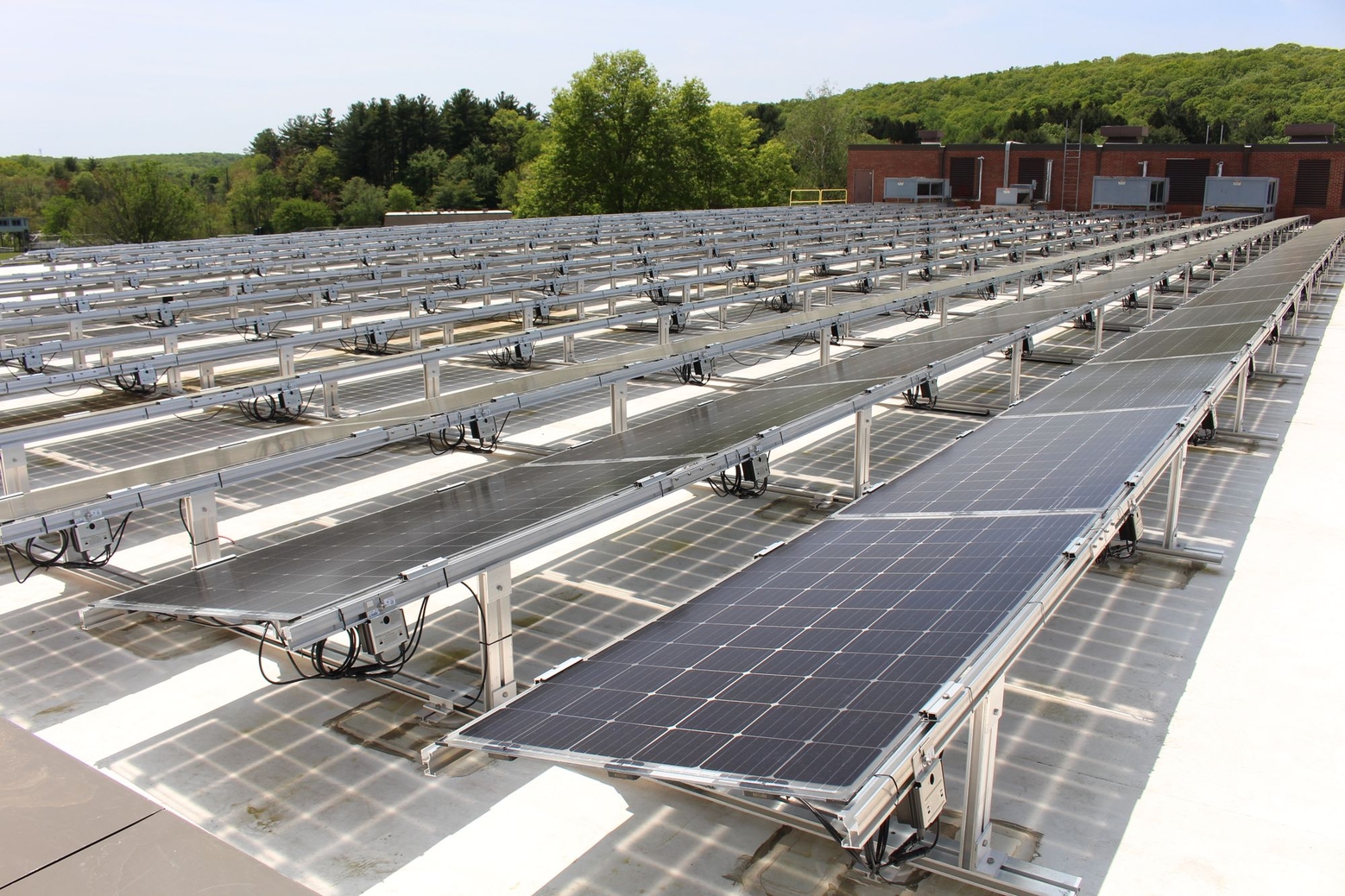 Rooftop is an ideal application for bifacial PV, due to the prominence of “cool” or “smart” roofs made of TPO and EPDM membrane, especially in states where they tend to be more popular, like California. These can reach 80%+ reflectivity in the visible spectrum.

Designing for bifacial PVs is quite simple: the goal is to get as much light as possible to reach both the front and back sides of the panel.  Initially, the designer looks at the type of structure, tilt angle, and height. Most racking solutions on the market are low profile (at angles ranging between 3, 5, and 10 degrees), and feature a wind deflector, so it's not necessarily easy to pick the right bifacial PV racking.

Imagine looking through a camera lens – the farther you move away from your subject, and the more tilt you give the camera, the wider your field of view will be. This is similar to how a bifacial PV panel receives light on its backside: increasing tilt and height of the panel from the roof will boost its performance. This is demonstrated using PVSYSTS simulations, and in field studies that are readily available online. The tricky part is choosing a racking solution; any rails under the panels will cause a line of shadow behind the panel, causing less irradiated cells to act as a resistance to more illuminated cells, and creating hot spots. Also, any wind deflector and ballast blocks will prevent important rays of light from reaching the bifacial panels. To avoid this, use rail-based systems with rails outside the perimeter of the panels, no wind deflectors, and anchored, where roof penetration is a possibility.

Increasing the tilt from 10 degrees to 15 degrees will yield an extra 2.4 percent of energy, according to PYSYST 6.77.  Bumping up to 20 degrees will add another 2 percent, approximately. Traditionally, moving to a 15- or 20-degree tilt meant increasing the interrow distance (where fewer modules will fit on the same roof), and reducing the total power of the system by 10-15 percent, depending on racking interrow distance. In light of this, few designers adopted the higher tilt approach, instead loading as many panels as they could fit at 5 or 10 degrees. However, switching to bifacial PVs at 10 degrees can quickly yield a 13-14 percent gain on an 80 percent reflective membrane. Further increasing the tilt and height of the system, to 15 degrees tilt and 16 inches, can produce another 2.5 percent (from the front side) and 1.5 percent (from the height), for a total of up to 18 percent increased yield per panel. This changes the profitability of the entire system.

It's possible to yield up to 23 percent more energy per panel by going to 20 degrees, (compared to the same non-bifacial panel at 10 degrees), further offsetting the downside of a smaller system, in power, while also reducing the total absolute cost of the system[i]. This means that a lower (absolute) cost system with a smaller nameplate capacity (W), at 15 degrees tilt and 16+ inches height, can generate more kilowatt-hours at the end of the year with bifacial PVs, as compared to standard PVs at 10 degrees. And, although a 20-degree tilt system will produce less kilowatt-hours, there will be much more profitable production from each panel.

Regions with snow benefit even more, since light reaching the backside of the panel will heat–up the front side and melt snow faster than with standard, non-bifacial panels. While there is still room for more literature quantifying such gain, it can be seen as an added, free 1-2 percent or more of additional energy.

With the arrival of low-priced bifacial PV panels, solar developers should take the time to study where these panels become more profitable than using standard monofacial modules. When there is ample space on a roof for a project, a white reflective roof already is in place, or where there is snow, bifacial PVs offer an opportunity to yield more kWh with fewer panels, and an overall lower cost system (or a slightly more expensive system with the same quantity of panels, but producing a higher return on investment). Increased profitability may vary depending on other project-specific factors, but the potential for greater profits and energy production makes it worth taking a second look at bifacials in the future.

[1] All above numbers are based on simulations run on PVSYST 6.77, using all the same parameters and N-Type bifacial panels with 75% bifaciality factor (front side/back side).