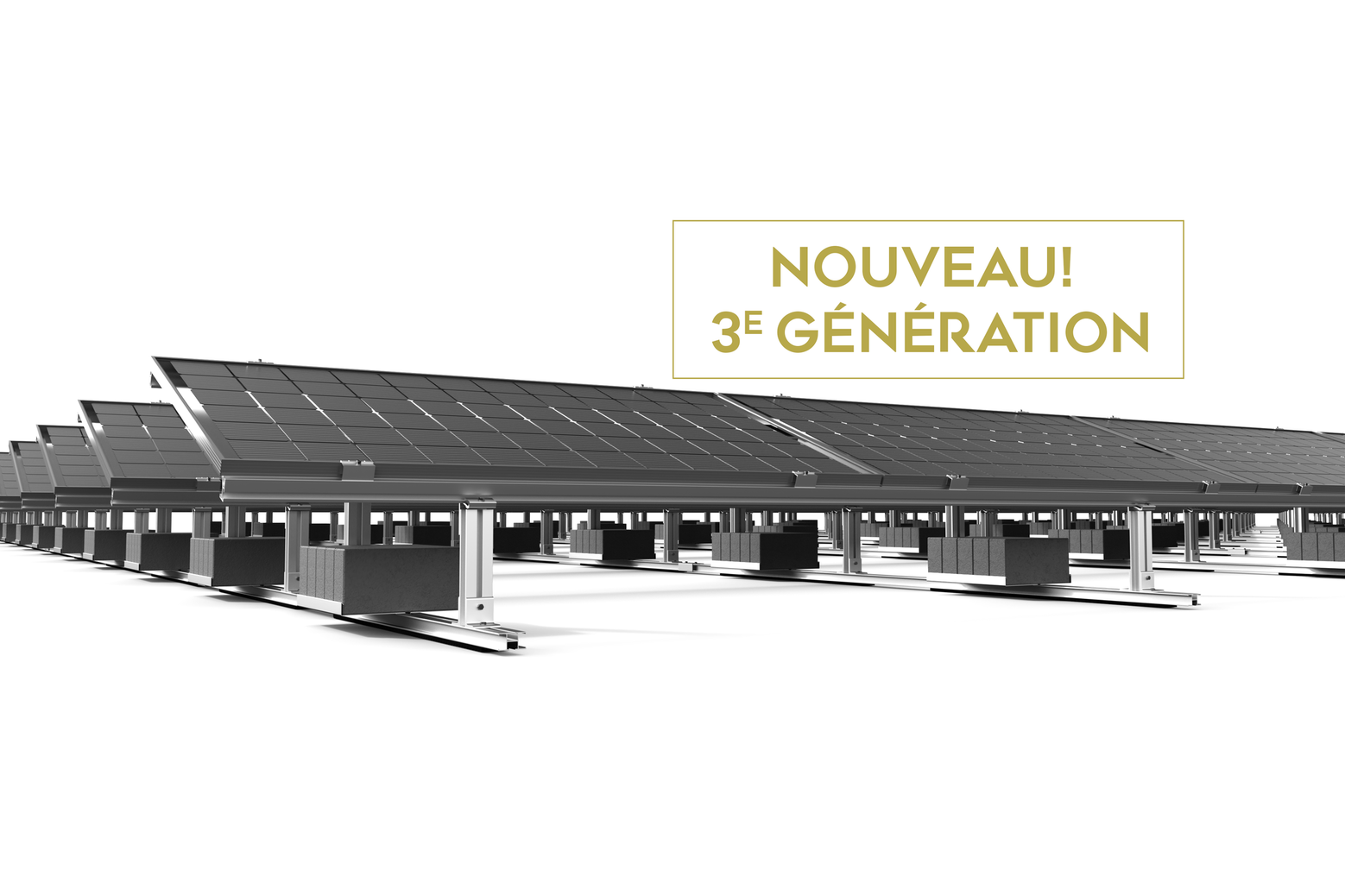 Named the Sunrail SR3, this solution aims to answer the increasing engineering challenges that the flat rooftop solar industry has been facing for the last decade. This upgraded 3rd generation racking system now boasts fewer parts, and requires even fewer tools, leading to a cheaper racking system that is 30% faster to install according to customer feedback.

“Racking system failure is the most unspoken issue within the rooftop solar industry,” said Alex G.-Vanasse, VP Business Development at Opsun Systems. “Poorly engineered systems fly-off from roofs, and low-quality racking rusts and becomes unable to hold solar panels over time. All these issues are no secrets, and yet few solutions exist in the market today to resolve this at an affordable price.”

The Sunrail SR3 is the safest, most solid aluminum rail-based solution available for commercial flat roof solar systems. In line with Opsun's usual design philosophy, the Sunrail SR3 meets the latest and most stringent American (ASCE-7-16) and Canadian (NBCC 2015) standards. It is powered by most advanced aerodynamics know-how available in the solar industry: the novel Opsun MESH™ Technology approach. With this technology, an ultra-detailed Finite Element Analysis (FEA) mesh is created and simulated with hundreds of load cases for each configuration.

Like previous generations, the Sunrail SR3 is imagined to maximize bifacial energy gains (extra boost from bifacial solar panels) and to cause zero shading on the back face of the solar panel. In order to maximize light capture under and behind bifacial solar panels, the Opsun SR3 can be engineered at high tilt angles (10° - 30°), and can be tailored to have a large clearance, so it stands above most roof obstacles.

The Sunrail SR3 is so strong it does not need wind deflectors, making installation even faster, and reducing solar panels operating temperature .

“Opsun leveraged two decades of solar expertise to engineer a massive weight reduction of the solid aluminum skeleton of the Sunrail SR3, without allowing for any compromise on the structural solidity,” said François Gilles-Gagnon, President of Opsun Systems. “The resulting product is a best-in-class bifacial solar panel racking, that is stronger, at an affordable price point, and powered by the most advanced computer-assisted engineering process in the industry: the Opsun MESH™ Technology.”
Learn more HERE